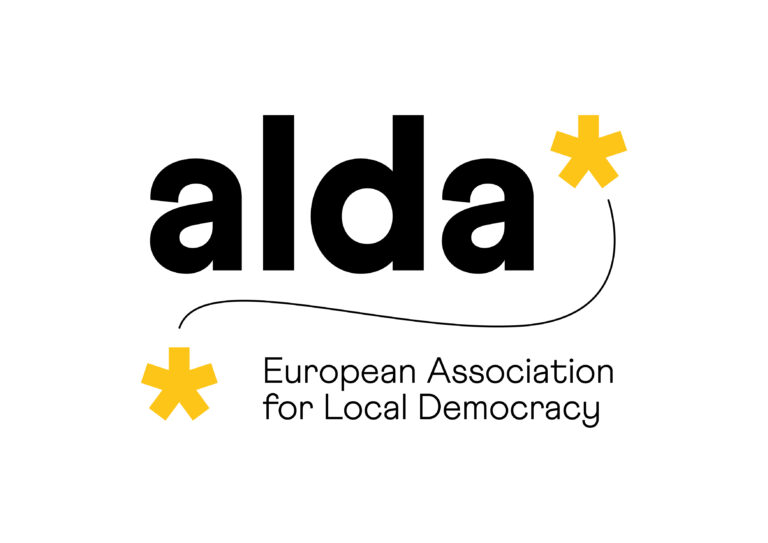 Established in 1999, ALDA has 350 members and thousands of partners. We have more than 45 staff members and we run more than 65 projects currently. We also run a network of 15 local democracy agencies.

ALDA – European Association for Local Democracy, is a French-registered association dedicated to the promotion of good governance and citizen participation at the local level in the European Union, its Neighbourhood and beyond.

ALDA is a key stakeholder in the field of local democracy, active citizenship, and cooperation between local authorities and civil society in Europe, its neighbourhood, and all around the World, mainly acting through participative methods and decentralised cooperation. As a core element, ALDA supports citizens and groups of citizens in their initiatives aimed at improving their local context, building bridges with local authorities to make this change real.

ALDA was established in 1999 at the initiative of the Council of Europe to coordinate and support the network of Local Democracy Agencies (LDAs), which are self- sustainable, locally registered NGOs acting as promoters of good governance and local self-government, with which ALDA collaborates in many activities. ALDA is a membership-based organisation gathering today more than 350 members, including local authorities, associations of local authorities, and civil society organisations, coming from more than 45 countries in the enlarged Europe. ALDA is funded through membership fees, as well as project funding from the European Commission, the Council of Europe, and other public and private donors.

Conducting a myriad of projects in the field of good governance and citizen participation at the local level in Europe and beyond, with its members, its partners and the Local Democracy Agencies Coordinating and supporting the 15 Local Democracy Agencies and 3 Operational Partners Managing and supporting its wide network of members, made of over 350 stakeholders including local authorities, associations of local authorities, provinces, counties, civil society organisations, and academic institution Collaborating with European and worldwide networks on campaigns, statements and joint initiatives to let citizens be heard and contribute to the decision-making process of their communities. It cooperates as official partners of the Council of Europe and the Congress of Local and Regional Authorities and it is a long-term partner of the programme Europe for Citizens and other key policies and programmes of the European Commission. Supporting local stakeholders’ initiatives by providing ALDA’s unique expertise gained during its over 20 years of activity in the European Union and its Neighbourhood through the establishment of partnerships and the identification of relevant stakeholders to cooperate with, scouting funding opportunities to implement project ideas, and assuring dissemination and visibility of their initiatives Leading advocacy and lobbying activities, raising the voice of its members and partners in order to orient local, national and European policies in our field of activities to make a stronger and more cohesive Europe, based on the principle of equality, democracy and human rights.