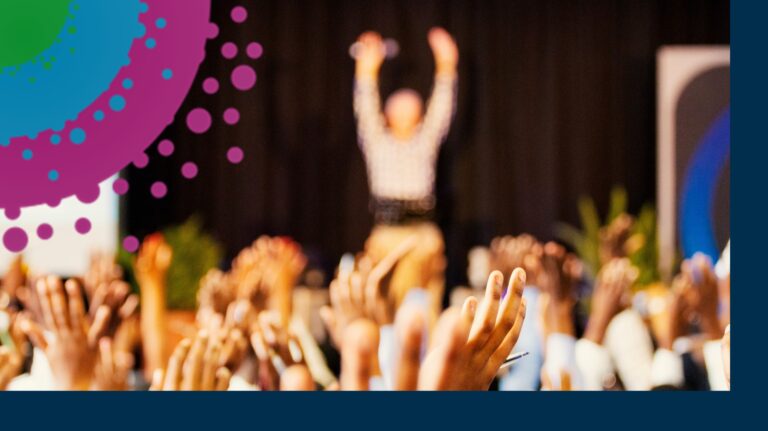 “Under the open sky” is a successful winner project within the All-Ukrainian national Public Budget (PB) (the first project implemented in Lviv region within the national PB), that attracted more than 3,000 people in voting for the project, that was more than 30% of all votes among 17 projects taking part in that project competition. As a result of the successful campaign, the project won in 2020 and was successfully implemented.

By level of participation we refer to the type of involvement in the decision-making process. The levels are identified by the intensity of participation: going from “information” to “consultation” to ” dialogue” to “partnership”. Do you want to learn more - click here

The idea of the project was designed in close cooperation between Boryslav city park administration, Boryslav city council and civil society (SCO’s, volunteers, entrepreneurs etc.) as each of them played equally efficient role in the common success of the initiative. Only in partnership there was a chance to involve within the voting process more than 3,000 people, to co-finance the project from city budget and to implement the initiative in very short terms. The partnership was also based on interaction of public authorities as the organisers of the contest of the All-Ukrainian national PB and Boryslav City Park as participant and the organisation implementing the winner project.

How the initiative was implemented

The All-Ukrainian Public Budget (PB) is an innovative program that was implemented in 2020 in Lviv region for the first time. It is a tool for the participation of citizens of Lviv region aged 18 and older in the distribution of state funding by submitting projects and conducting open public voting for selected projects.

At the beginning, almost no one believed in the project. Earlier, Boryslav City Council signed a memorandum of cooperation with Drohobych and Truskavets city councils and submitted a joint project for the All-Ukrainian Public Budget that involved the purchase of three electric vehicles for tourism development. The project became an example of community gathering. We managed to develop an effective action plan and had followed it step by step, we designed logo of the project and printing products that were spread all over the city, our groups of volunteers were on duty at the ATM’s and bank offices day after day, involving local residents in the voting, the specialists of the administrative service center served primarily the lined up groups of people occupying almost the entire area of the square in front of the city council building. Most residents did not believe that it was possible to win just like that. But the project was supported by more than 3,000 Lviv residents, and it won. And when the residents came to the grand opening of the rope park, they felt a real involvement to the implementation of the project. People had seen that change could be made without great financial expense on their part but only due to their active participation in the decision-making.

Participation in the training for project authors and applicants provided by the organisers. Consideration of ideas by the Working Group for the implementation of the All-Ukrainian Public Budget in the Lviv region, during which the authors could receive a draft for editing. Registration of the project on the e-dem platform. Establishment of a project team of at least 20 people from different organisations representing civil society, local authorities and business with a clear division of responsibilities and tasks. Development of an action plan and mechanisms for its implementation. Providing voting and advertising campaign to obtain the highest number of votes and 30% of the total number of votes. Ensuring public participation at all stages of the project through a broad information and promotion campaign. Identification and approval of winners by the Regional Commission. Implementation of the project by the end of 2020. Realization of the idea and a sense of belonging to the changes in the community of all those who took part in the project.

Production and distribution of information leaflets and posters with information about the project and voting conditions in the city in public transport, park, streets, crowded places (supermarkets, bus stops, market, city council, social services), near Privat24 ATMs. Publications in Internet resources and social networks: websites, Facebook pages and groups, personal profiles of the participants of the initiative group, bloggers and those who support the project. Publications in local and regional media resources: “Warto-Galician News” portal, Zik, “First Western”, “Slovo” radio etc. An information and promotion campaign according to which messages were created and distributed for each target audience through its communication channel (printing, media, stories, QR codes, posters, mobile applications such as viber, messenger, telegram, whatsapp, etc.). Group and self-to-self meetings with the citizens, discussions, email newsletter. Brainstorming to stimulate new ideas for involving people into the voting process. Therefore, it was decided to engage the organised groups of students to vote in the administrative service center and also, we managed to organise a group of volunteers standing by the ATMs and consulting people on how to vote for the project for the whole 10-days of voting period.

Goals of the civil participation initiative

The main goal of the civil participation at "community" level was to vote for the project and promote friends and relatives living in Lviv region for voting. Due to active civil participation, the initiative gained 3,112 votes for the project (more than 30% of the total) and it won the contest. The practice had a positive effect on the development of the civic environment, strengthened the belief that changemaking is possible, every voice of each citizen is of high value, can influence and define the result of the contest. The initiative promoted further systemic development of the community, it formed a team of change-makers, around whom the community is gathering till now.

The CSOs were the channels of communication between the initiative group and the citizens, providing a wide informational and advertising campaign. They also helped in organising different groups of volunteers for the action plan to be realized. Due to their participation the trust to the initiative was high and citizens took an active part in the initiative.

The PAs helped in organising the voting process in the administrative service center and co-financed the project according to the project application requirements.

Results expected prior to the implementation

The prior expectations for all the participants of the initiative were quite different. Lviv Regional State Administration as the organiser of the contest desired to get well written applications, good, motivated initiative groups, active participation of the citizens of Lviv region in voting process, the analysis of the main topics of the projects and problems they intend to solve, a positive result (a winner-project) in the ending. For Boryslav City Council it was very important to receive additional financing for the initiative and projects implemented on the city's territory and a status of the winner of the first All-Ukrainian Participatory Budgeting in Lviv region. The initiative group expected to get the most votes and to attract as many people as possible to the participatory process. The citizens wanted to support the project by voting, to win the contest and the project to be realized.

The 0.92 ha of the recreational zone in Boryslav Park for the rope park had been put in order (old emergency trees were cut down and uprooted, the territory was leveled and sown with grass), 1 rope park (perimeter 438.75 m) with three independent routes of different levels of difficulty was equipped and 1 set of professional equipment (computer, projector, screen, speaker system) for the organization of open-air film screenings in Boryslav Park was purchased.

The implementation of the project “Under the open sky” and participation in first All-Ukrainian Participatory Budgeting in Lviv region has had a positive impact on the further development of other initiatives, inspiring and motivating the citizens to active participation in grant competitions and programs that attract various resources. Therefore, in 2021, Boryslav City Park applied for a new contest and won with the project "Arrangement of the open-air cinema in Boryslav city park” and a multifunctional space for people of different ages and social categories was created. Proceeds from the activities of the rope park in 2021 provided additional financing for new initiatives, one of which was the renovation of the "Green Theater" (concert venue with stage), which hadn’t been used for more than 20 years and shows movies, concerts, discos, charity events (charity concert in support of victims of road accidents, etc.), fairs and other cultural, educational and entertainment events were held there. In August 2021, we began to develop the Strategy of Boryslav City Park with the methodological and expert support of the Council of Europe project "Strengthening Public Participation in the Democratic Decision-Making Process in Ukraine". The initiative group also submitted and won the application for the creation of the first public space in Boryslav community "Community Development Center", which includes the arrangement of youth space and tourist information center, which had not existed until that time. Thus, the initiative provided a real opportunity to activate the community for a common goal, to learn a lot of interesting and useful things about regional policy, budgets and interaction with public authorities.

The self-assessment presents the opinion of the contributor about on what extent the following principles for Civil Participation have been reflected in the implementation of the initiative/practice/case-study, ranging from 1 (min) to 4 (max) (N/A: not applicable, do not know)

Thank you for wanting to share your experience on the BePART platform!

Learn more about the submission process, or just fill the form below.